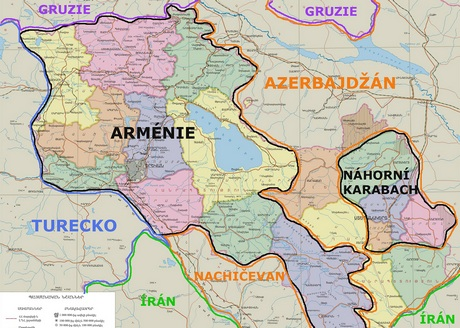 Could you please introduce yourself? Where are you from, what are you studying, whatever you find meaningful…

I am Anahit. I was born and raised in Yerevan, Armenia. At 16, I got a chance to study at the newly founded UWC (United World College) Dilijan. With a pursuit to understand how we can scale the social impact, I decided to get my bachelor’s degree in social entrepreneurship at Watson Institute at Lynn University in South Florida. I aspire to work in the field of impact investing to help Impact Investors and funds identify and invest in those who change their communities narrative with practical solutions and passionate hearts

In case we were in Armenia, where would you recommend us going to grab some local food, and what should we order?

I think the best way to experience Armenian food is not in fancy restaurants but with the locals. I believe that homemade food is the best way to experience the Armenian culture and food. I would recommend hitch-hiking and talking to the locals; they are extremely welcoming and will share their hearts and food with you. Visiting small taverns and restaurants on the roads and small cities will expose my favorite foods like dolma, ishkhan fish, ghapama, khash, jengyalov hats, local baklava and many more. If you decide to fast-track experience the hues and varieties of Armenain tastes you should most definitely visit local markets in Yerevan, where you can find traders from different parts of the country bring their best collections of homemade cheeses, dried-fruits, local liquors and food.

We are following the conflict in Nagorno Karabakh in short clips from local media. Could you please help us understand how did the conflict start?

Let me start by saying that I will refer to the region with the name Artsakh. This is the historic Armenian name that Armenians call the region by.

The conflict is not new to us. I believe from the media, you can read how each side has historical claims to the region. As Armenians, we are an ancient civilization in this region, so we have strong connections and cultural bonds with Artsakh. When the Soviet Union was formed Stalin decided to give this predominantly Armenian population-dominated region as an autonomous region to Soviet Azerbaijan. After the collapse of the Soviet Union, just like other nations people of Artsakh did a referendum in 1991, where 98% of the population voted for independence. However, just like now, even then, these people’s voices were ignored.  In the war that followed the referendum, Armenians were able to protect their land and people. The cease-fire that was established became a Damocles sword on both nations for the past 30 years. Throughout this time, Azerbaijan could not accept the rights and claims of Artsakhs people for independence, initiating various attacks.

To put it into context, we believe that is not a simple war and is directly targeted towards Armenians ethics cleansing. Azerbaijan’s ally is Turkey, whose government still does not accept the Armenian genocide of 1915 when over 1.5 million Armenians were massacred and forced out of their homes, which created the Armenian diaspora in all parts of the world.

Furthermore, both Azerbaijan and Turkey have openly showcased hatred against the Armenian people and heritage: You can read about what happened in this 45-day war and the current treaty in international media.

How does this war look like? Our media say there are a lot of civilian casualties?

There are many civilian casualties. The numbers are still being counted. The population of Artsakh is between 100-150 thousand people. With the current circumstances, the majority of these people have to leave their homes or be displaced. 23,978 schoolchildren and 4,036 pre-school children were deprived of their right to education.

The biggest pain of this war has been losing young men who are assigned for military service. The number is still growing as the sides can exchange the bodies of dead soldiers. The Armenian side has over 1600 fallen soldiers, most young boys ages 18-20. Many still have not been found, and whose families are searching for their relatives.

How is this conflict affecting the global population?

Sometimes when we talk about the holocaust, people are surprised at how it happened and how others did not respond. As an Armenian, that is how I feel now. Over the past month, the scream of the Armenian against Azeri and Turkish war crimes have been ignored, including attacking civilian targets, hospitals, churches, Armenian (not in Artsakh) villages, fighting against Syrian mercenaries and terrorists, the inhumane torture and humiliation of captured Armenian soldiers and civilians. This is the modern face of the genocide.

Do you know anyone who is had been part of this war directly ?

My father has been in the military for the past 15 years, and my two cousins have been serving in the conflict area throughout this war. Hence, the discussions on war have been ongoing. However, a very painful part of this war for me was losing one of my friends. His name is Alen. Alen was one of the most intelligent and compassionate people I have known. He was sent for his militaryservice in August (Armenian men are sent to mandatory service once they turn 18), after which he was going to study for his masters at Boston University. When the war broke on the 27th of September, Alen was one of the first people to volunteer for his group to supply the soldiers on the border with necessary food and equipment. He fell from the attack of a drone. These drones were sold to Azerbaijan by Israel, a country who should understand the best the value of human life and what it means to survive a genocide.

What do you think could help to achieve peace?

There are always going to be political interests. However, I was astonished to see that kids in kindergartens in Azerbaijan are told that Armenians are their enemies. We should start from the route. Both nations need to have educated citizens who are able to respect each other’s values and pains for mutual respect and peace. People in Armenia believe that the current peace treaty that was signed will be the beginning of the war

How do people treat each other right now?

It is excruciating for me to see all the hatred between our nations, especially on social media. I am terrified of this more than the governments. The fact that we cannot come as two nations together for mutual understanding makes this war even harder.

Do you have an idea how we (High Schoolers) could contribute to help mitigate the effects of this war for the people experiencing it’s impact l?

As Nelson Mandela said, education is the most powerful weapon. I believe that educating yourselves and reading about these manners is the most important way to contribute. Try to understand the pains of the people just as human to human. And most importantly, don’t be silent. I believe the ignorance of western countries in this war; the lack of compassion resulted in more pain and damage than even the war itself. 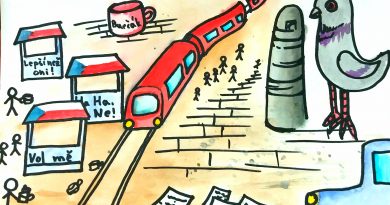 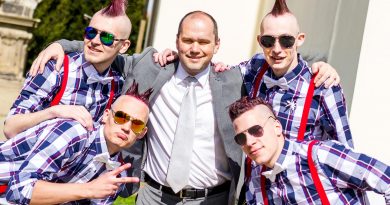 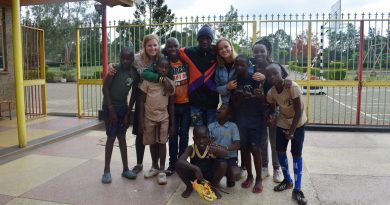